Find out more about the West Norfolk Jubilee Youth Orchestra, including how it all started, some history, more about our conductor, and the people who help keep WNJYO going. 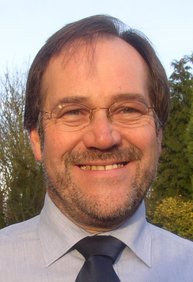 Robert Galliard’s musical career began as a boy treble and singing has always been his first love; however, he was drawn into the role of conductor whilst at college and initially conducted and sang in small choirs. With his promotion to Head of Music at a school in Hertfordshire he took over the school band and quickly built it into an outfit that undertook three UK tours.

After his appointment as Director of Music at the newly-formed Springwood High School in 1980 he built up the department quickly and formed a school band of fourteen players from the pupils that he inherited. Two years later the band, having doubled in size, undertook its first tour; another 25 tours followed extending to Northern Europe.

The progress of the band was recognized when it was invited to perform in the National Festival of Music for Youth in 1988; this involved a performance on the stage of the Royal Festival Hall on London’s South Bank, with a programme that included the Springwood March, composed by the conductor. The band continued to flourish, reaching a peak of seventy players with further performances on the South Bank and on national television in the UK and France!

Robert retired from teaching in 2009 but was soon back in the musical fold returning to the West Norfolk Music Centre, which he had helped to found in 1980, where he now conducts the band and orchestra. He took over as conductor of the WNJYO orchestra in September 2012 and was delighted when the quality of their playing resulted in an invitation for them to perform at the National Festival of Music for Youth in 2014, as well as the following year.

WNJYO was formed in 1977. It was a project approved to use funds collected for the Queen's Silver Jubilee Appeal. Its purpose, to foster the musical education and training of young musicians in the area to encourage a high standard of musicianship. Sir Malcolm Arnold was elected as the WNJYO president, as a figure to inspire the young players and help drive the ensemble.

In the early days, WNJYO was a combined schools orchestra of about 20 members. In autumn 1981 we moved to evening rehearsals, meaning that we could attract members from a much wider area, and have longer rehearsal times.

More students joined and the increase in numbers caused us to form two separate ensembles, an Orchestra and a Concert Band. Things went from strength to strength and WNJYO started to spread into Europe with its audience reach. In the 80's and 90's, WNJYO performed in France, Holland, Germany, The Czech Republic, Austria, Italy and Eire - as well as in the UK.

WNJYO members don't just play for us though, some players also are involved in County Youth Orchestra and some are playing in the Norfolk Symphony Orchestra, and some former WNJYO players are now full time professional musicians.

Committee Members - All adults present to be part of the Committee

The Committee duly appointed the following to continue in their roles:

WNJYO is a registered charity and is run by an elected committee consisting mainly of parents of players. If you would like to be part of the committee, please contact our Chairperson.

Created for WNJYO by James Williams